Meet your personal financial goals while making a difference for our future.

You are at: Planned Giving > For Advisors > Washington News 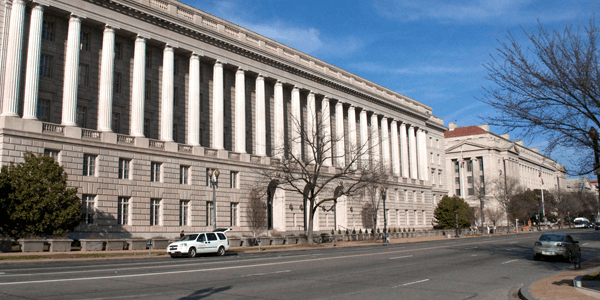 A new year provides an excellent opportunity to consider plans for charitable gifts in 2022. These gifts could include an IRA charitable rollover, a gift of cash or a gift of appreciated stock or land.

Because many individuals have invested their IRAs in stocks, bonds or other securities, it may be necessary to exchange the IRA stock or bond accounts for a money market fund prior to the distribution. Most custodians require a QCD to be paid from a money market account or similar fund. Because the equities markets are at record levels, some individuals may choose to transfer funds from equities to a money market fund early in the year to prepare for their IRA charitable rollover.

There are some limits for the IRA charitable rollover. The IRA owner must be at least age 70½ and the maximum transfer in one year is $100,000. The transfer must be to a qualified exempt charity and may be for a designated purpose or field of interest fund. However, it may not be to a donor advised fund (DAF) or supporting organization. In addition, it may not be for a charity dinner or other event that involves a partial benefit to the donor. The entire QCD must be for a qualified charitable purpose.

2. Gifts of Cash — Individuals who itemize deductions may deduct 2022 gifts of cash up to 60% of their contribution base, which is usually your adjusted gross income (AGI). This is a change from last year when the maximum deduction limit was temporarily increased to 100% of AGI. While the 60% limit is substantial, some generous individuals give more than this and may carry forward and deduct the excess gift amounts during the next five years.

3. Gifts of Stock or Land — With substantial increases in value for both equities and real property, many donors will find that a 2022 gift of appreciated property is attractive. A gift of appreciated stock or land provides two benefits for the donor. First, the donor may receive a charitable contribution deduction for the fair market value of the stock or land. Second, the charity is tax-exempt and therefore the donor is able to bypass tax on the capital gain. If the donor purchased stock two years ago for $10 per share and it is now worth $50 per share, the donor would pay capital gains tax on $40 if he or she sold the stock. However, by giving the stock to charity, the donor may receive a deduction for the $50 in value and bypass the tax on the $40 of potential gain. Because the donor is receiving both the deduction and capital gain bypass benefits, this type of gift is permitted to 30% of AGI. Once again, if the value is in excess of this limit, it may be carried forward for five years. For example, Mary Smith has adjusted gross income of $100,000 this year and makes a gift of appreciated stock with a fair market value of $40,000. She is able to deduct $30,000 and carry forward $10,000 and deduct that amount over the next five years.

Editor's Note: The first month of a year is a good time to make plans. In January, donors may wish to consider the options they have for gifts in 2022.


Several Representatives and Senators hope to pass a comprehensive retirement bill in 2022. This is expected to be an update of the Setting Every Community Up for Retirement Enhancement (SECURE) Act. The four retirement bills introduced in the House and Senate last year are likely to be combined into the new Secure 2.0 Act.

Paul Richman is a spokesperson for the Insured Retirement Institute (IRI). He strongly supports a new comprehensive retirement bill. Richman stated, "IRI is very optimistic that in the year ahead, 2022, we are going to see Congress act again and take the next step to increasing and enhancing retirement security for more of America's workers and retirees."

IRI notes that many retirees are still concerned about having sufficient security during their golden years. The IRI supported initiatives would assist these individuals in building larger retirement portfolios.

Senate Finance Committee Members Benjamin L. Cardin (D-MD) and Rob Portman (R-OH) are strong advocates for new retirement legislation. Portman stated, "It is really important for the country. We have 20-plus provisions that overlap with the House bipartisan proposal — I think the planets are aligning."

Portman hopes to complete the bill this year as he has announced he does not plan to run for reelection in 2022. He continued, "This is a huge priority for our country. We have a situation with people not saving enough for their retirement." He is concerned that the COVID-19 pandemic caused many individuals to lose jobs or income and have fallen behind in saving for retirement.

House Ways and Means Committee Chair Richard Neal (D-MA) and Ranking Member Kevin Brady (R-TX) have also been strong advocates of the Secure 2.0 Act. Richman concluded, "Throughout the year, I do not know how many times I have heard Chairman Neal say how committed he is to getting Secure 2.0 across the finish line. And I think that is a good sign for us and the workers and retirees across America that we do have several members of Congress who are committed and dedicated to enhancing retirement security."

Petitioners David and Tammy Hewitt sought reversal of a Tax Court order that denied their charitable deduction. The Tax Court determined that the Section 170(h)(5) requirement for property to be "protected-in-perpetuity" as interpreted in Reg.1.170A-14(g)(6) was valid. The Administrative Procedures Act (APA) creates requirements for the promulgation of regulations.

Petitioners David and Tammy Hewitt are residents of Randolph County, Alabama. On December 28, 2012, David donated a conservation easement to Pelican Coast Conservancy, Inc. The conservation easement included the provision that in the event of a judicial extinguishment, the fair market value ratio would be altered by the language "minus any increase in value after the date of this grant attributable to improvements." The Tax Court determined this language was in violation of Reg 1.170A-14(g)(6) and the deduction of $2,788,000 was denied.

The APA requires three steps prior to creating a regulation. There must be a notice of proposed rulemaking, interested persons must have an opportunity to submit written arguments and the IRS must consider and respond to significant comments. The APA requires the IRS to "fully explain the factual and legal basis for the rule." If the IRS does not do so, it would be subject to a claim that there is an "arbitrary and capricious standard of review" and the regulation will not be valid.

The taxpayer notes that there were seven comments that claimed this language was not workable and could lead to an unfair loss to the property owner and a windfall for the donee charity.

The New York Landmarks Conservancy (NYLC) commented specifically on this provision and recommended that Treasury delete the entire provision. NYLC indicated the "possibility of extinguishment is relatively remote," and therefore it is not necessary to have this provision. The provision also provides a disincentive for donors who may be reluctant to make gifts if their improvements are going to potentially benefit the charity.

The taxpayers noted the NYLC comment is significant and the Treasury did not respond to this comment. While Treasury claimed that it had considered "all comments," there was no specific response to the significant comment by NYLC.

The Eleventh Circuit determined the IRS position was not sufficient because it had failed to respond to a substantial comment by NYLC. There also is a policy decision in the committee reports that "provisions allowing deductions for conservation easements should be directed at the preservation of unique or otherwise significant land areas or structures."

Therefore, because the NYLC comment was significant and the Treasury did not respond specifically to that comment, the regulation is invalid. The case is remanded to the Tax Court for further proceedings.

Editor's Note: This is a substantial victory for taxpayers. The IRS has won many cases in which it denied the conservation easement deduction because the deed reserved the value of improvements for the donor. Because the majority of the 80+ cases in which the IRS has denied a charitable deduction for a conservation easement gift are in the Eleventh Circuit, it is probable that the IRS will appeal to the Supreme Court. It is possible the Supreme Court will want to create greater clarity on the required procedure to enact a valid regulation. This decision will provide a basis for contesting many regulations that previously were deemed valid.


The IRS has announced the Applicable Federal Rate (AFR) for January of 2022. The AFR under Section 7520 for the month of January is 1.6%. The rates for December of 1.6% or November of 1.4% also may be used. The highest AFR is beneficial for charitable deductions of remainder interests. The lowest AFR is best for lead trusts and life estate reserved agreements. With a gift annuity, if the annuitant desires greater tax-free payments the lowest AFR is preferable. During 2022, pooled income funds in existence less than three tax years must use a 1.6% deemed rate of return.

Protect Yourself From Holiday Scams

Let us help you with your gift plans